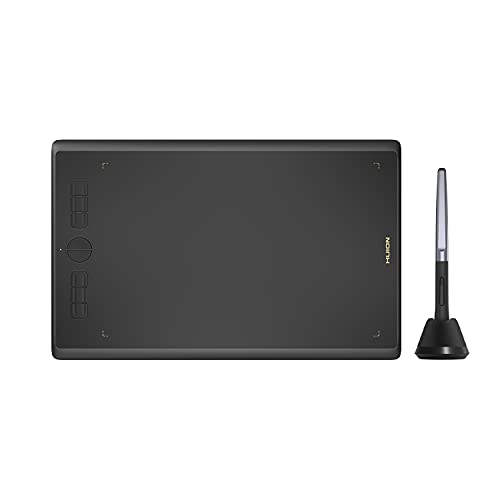 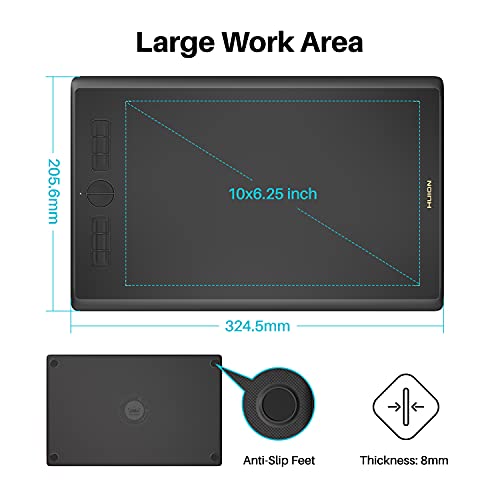 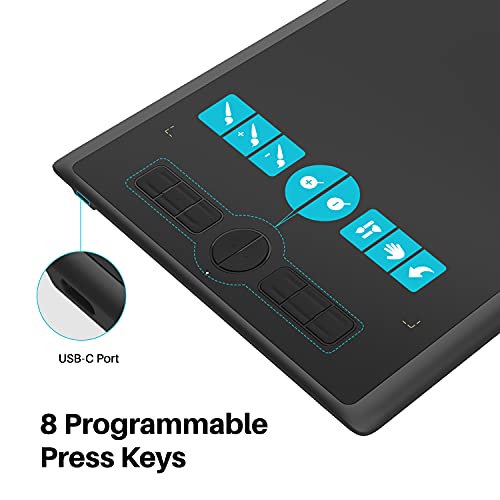 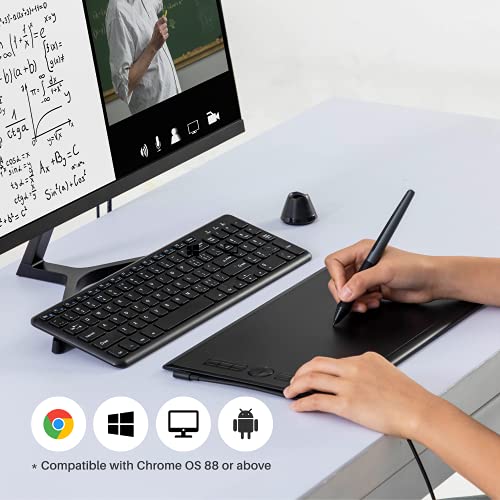 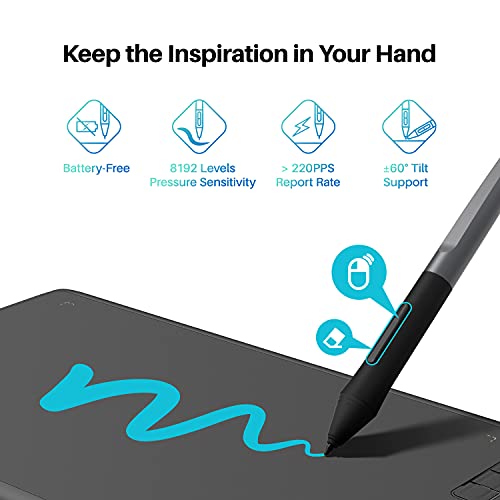 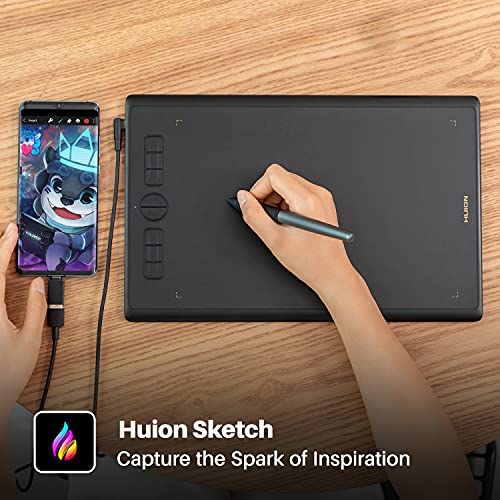 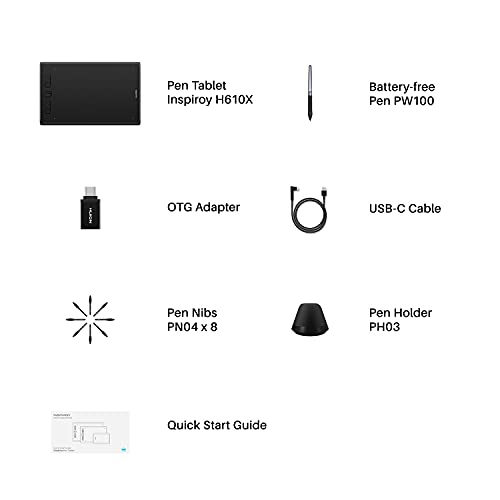 Huion H610X is not a standalone tablet. It must be connected to a laptop/computer to work.It does not support iPhone or iPad. It only supports Windows 7 or later , Mac OS 10.12 or later, Chromebook OS 88 or later and Android OS 6.0 or later.Driver installation tips: Please download the latest tablet driver from Huion official website and Remove Other Brand’s Driver from your computer and reboot before installing the HUION’s driver, or there will be driver conflict problems.For Windows Users：Please close all drawing programs and run the driver as Administrator when installing the driver.For Mac Users: please Add the “TabletDriverAgent” into the whitelist first after installing the driver on your computer.

1. Is it palm rejection?

Yes, it is only responded to the pen and the buttons on the tablet. You could rest your hand on the surface while draw/edit/write.

2. Is it only for drawing or can I use it with other software?

It can replace computer mouse and be used for anything you want in any software.

3. What drawing programs can it work with?

4. Will the express keys and the pen buttons work in the phone mode?

No, the express keys and the pen buttons cannot work in the phone mode.

5. Can I have different button presets for different programs?

Yes, the driver allows the shortcut keys to be attuned to many different software.

6. Press Keys does not work

7. How to set up left-hand mode

Step 1. Open the driver interface; click the “Work Area”Step 2. Select 180° in the “Rotate Set” and click the “OK” or “Apply” button to save changes.Step 3. Flip the graphic tablet to use.

PC Mode: 10 x 6.25inch. Choose the most comfortable way you like to make your creation better.

Drawing tablets with full lamination technique applied to the panel that is made of special materials, smooth paper-like texture, light and round corners design.

With 8 customizable express keys on the tablet and 2 buttons on the pen, you are able to program for your favorite keyboard shortcuts in the driver, like Pan/Scroll, Undo, Eraser, etc. Optimize your workflow with just a simple press at your finger.

Newly upgraded Type-C interface, anti-slip design and more foolproof. Simply connect this pen tablet to your PC (Windows 7 or later) Mac (MacOS 10.12 or later) or Chromebook (ChromeOS 88 or later) via USB-C cable, install Huion driver and you are ready to start creation.It can be easily connected to the phone(Android OS 6.0 or later) with the OTG Connector. (OTG USB-C adapter is included)

What’s in the box

As the most mature and widely used digital pen, PW100 has extraordinary performance in digital painting.

Battery-Free Electromagnetic Resonance —– the EMR technology frees your pen from battery and charge.10mm Sensing Height—– the pen and tablet can respond to each other within 10mm of sensing distance.Two Programmable Buttons—– convenient and easy to use.Silicone grip: anti-slip & sweat proof and to ease fatigue.

[Battery-free Stylus] Enjoy the 8192 Pen Pressure while drawing with accuracy and precision; Having ＞220PPS Report Rate, 5080LPI Resolution, ±60 Levels Tilt Recognition, offers a better natural experience almost without offset. You can paint, draw or sketch smoothly without worrying about pen-charging, and Eco-friendly of use.
[Android 6.0 Supported] You can easily connect your phone to the tablet with the OTG connector. ONLY mobile phone and tablet powered by Android 6.0 or above are supported, while iPhone and iPad are NOT at the moment.
[8 Customizable Press Keys] Keep all your favourite short-cut in handy; which are available on the tablet to have different functions realized via your fingertip；The equipped USB-C interface helps you transmit the data more quickly and effectively.
[Compatibility]- Compatible with Windows 7 or later/Mac OS 10.12 or later/Chrome OS 88 or later; Work with mainstream digital art software: Adobe Photoshop, Illustrator, Corel Painter, Manga Studio, Clip Studio, Zbrush, Krita, Gimp and more; One Year Warranty.

This channel is to make Easy to Understand Technology Videos in Tamil, and Get Latest Tech Updates in Tamil . ie Electronics projects, Apps, Software tips